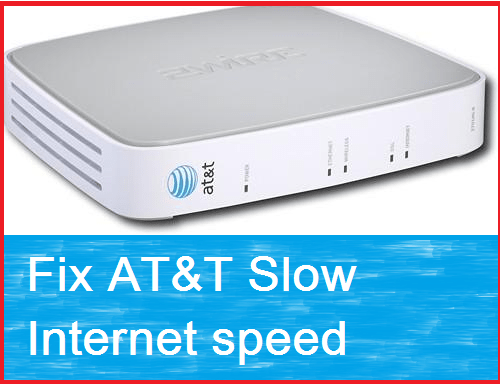 Why Is ATT Internet Speed So Slow?

The most satisfying thing is when you get the full speed of your internet plan and you don’t have any complaints about your internet connection. It’s difficult to get all time same high speed on any internet so normal things to get slow internet speed in ATT internet, Xfinity, Spectrum, or any other.

There are a couple of users who are asking “why is att internet so slow over the ATT forum as well as different third-party technical forums? ATT try to provide the best internet service to their subscriber but sometimes due to any unknown error network error ATT internet is so slow and most internet user experience it and worry about if their ATT modem stop working or they need to replace it.

To get the answer to Why is ATT internet so slow? need to follow some troubleshooting steps that should execute step by step and understand the reason for slow ATT internet.

Possible Reason of ATT internet is so slow?

Att Internet So Slow on Wired and Wireless?

To get the answer of Why AT&T Internet is so Slow? First, confirm whether ATT internet is so slow on Wired also or only wireless users.  Connect your computer/Laptop using a LAN cable from the ATT modem and run the AT&T Speed test to confirm your internet plan speed coming or not wired.

To Fix slow internet speed in ATT Modem and router first check internet speed getting proper in Wired Lan cable from a PC or Laptop to ensure there is no backend speed issue.

If you getting slow speed in the Wired connection that means an internet issue either from the backend ISP side or your Modem outdated or loose connections. Follow the steps to fix AT&T’s slow internet on a Wired connection.

Not getting full speed on Wired seems slow speed due to losing connection or backend ISP issue. Just remove the cable from the WAN socket from the router as well as the WALL socket for Cat6 and change the RJ45 connecter on both sides to avoid any rusty connection that might be dropping connection speed.

For Cox cable check Cox wall socket is properly plugged and the cable does not damage or bend.

If your data limit usage cross that can restore by adding some data add one pack to restore full internet speed again. If you have an unlimited data internet plan and still facing slow speed then follow the next steps to fix it.

The router firmware is not updated to the latest version

Using an older firmware version also causes slow internet speed due to buggy firmware. To keep router performance and high-speed internet experience it is necessary to keep updated latest firmware version to fix any bugs that reported speed and other internet issues.

Keep enabling firmware auto update and fixing WiFi and internet issues. If your ATT router not updating automatically then use a manual firmware upgrade to test speed again.

Internet speed can affect by backend problems that happened due to any upgradation or network work at the Service prover side.

Contact to ATT support center to confirm the Internet speed issue reported at your location and if it coming from the back end. You can also contact your neighbor or any user in your area those are using an ATT internet connection to confirm internet speed affecting everyone in your location.

If you’re not facing any speed issues in wired but at&t wifi is slow and the wifi user not getting proper speed seems there is some miss-configuration or channel interface that drops the Wifi speed.

You can also increase the Wireless channel width and change the WIFI channel to avoid dropping due to Wireless interference. 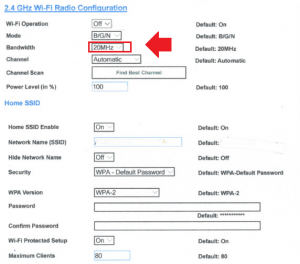 Save settings and test att speed again to confirm if the speed issue got fixed.

Also, you can use a Wi-Fi analyzer to confirm which Wi-Fi channel not running in your area to fix the Wireless interference problem.

The final step to fix bugs and clear long-running cache and logs into the router is making a full factory reset.

Use the reset button to factory reset to restore the configuration to default mode.

How to access WiFi Router settings using WiFi and Wired?

How to Reuse old WiFi Router with Different Modes